Is India A Racist Country? A Shrouded Reality.

Northeast India comprises mostly of indigenous tribal populations living in the hinterlands and the frontiers of the country, who are seen as being culturally different from people living in mainland India. There have been several instances of ‘othering’ and stereotyping these people by the people of mainland India. The voices of these people have also been under-represented in the political sphere. While the racism experienced by people of the Northeast does get some amount of mainstream media attention, the environmental racism against the region is yet to be recognized. It all started when the Government of India stooped to a new low with the recent environmental controversies surrounding the land and its people. 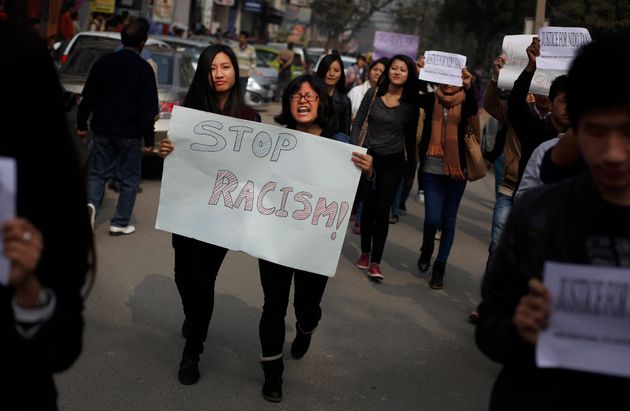 Racism for us, the people from the Northeastern states, is not just a term but an ugly experience, which we face over and over again, courtesy the rest of the country. It may be a mild form like name-calling or an extreme one like being assaulted or even murdered.

Almost everyone who hails from the Northeast, but has lived, or is living in a different part of the country has faced racial abuse at some point in time. It is that ugly feeling which takes away our sense of belonging and makes us feel like a refugee in our own country. The behavior Of people seems to be a deep-rooted negative mindset about the people and the Northeast.