Surviving members of the Gucci fashion dynasty have expressed dissatisfaction with their portrayal in the new film House of Gucci.

In a statement released on Monday, the heirs of Aldo Gucci, who ran the fashion house for 33 years until the mid-1980s, expressed dissatisfaction with the lack of consultation by filmmakers, as well as their portrayal as “thugs, ignorant, and insensitive to the world around them.”

Al Pacino plays Aldo Gucci, Jeremy Irons as his brother Rodolfo, and Adam Driver as his nephew Maurizio, who took over the firm until he was murdered in 1995 by a hitman hired by his ex-wife, Patrizia Reggiani, in Ridley Scott’s film (played by Lady Gaga).

According to the Guccis, the film, based on the nonfiction book The House of Gucci: A Sensational Story of Murder, Madness, Glamour, and Greed, assigns “a tone and an attitude to the protagonists of the well-known events that never belonged to them.”

“This is extremely painful from a human standpoint and an insult to the legacy on which the brand is built today,” the statement continued. 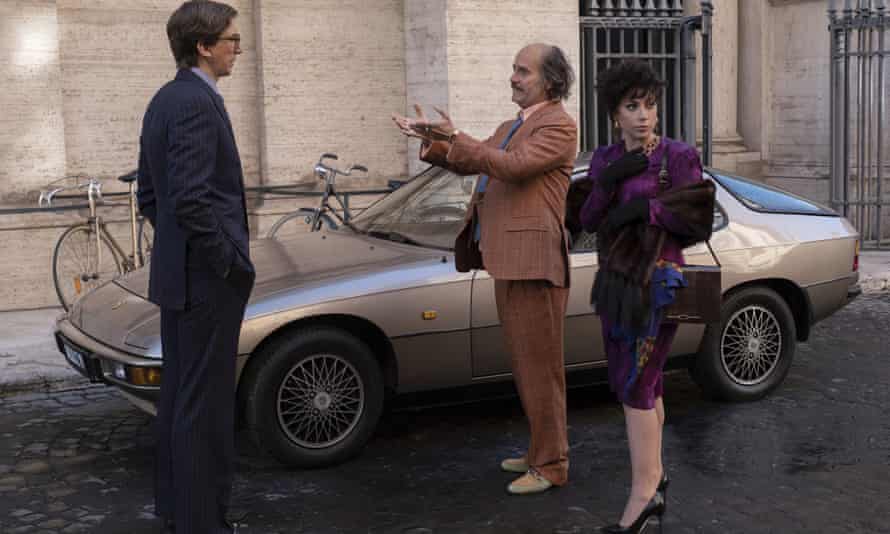 The statement went on to criticize not only the film, but also “statements from cast members” that appeared to defend Reggiani, whom they say is “indulged” as “a victim trying to survive in a male and male chauvinist corporate culture.”
Advertisement

Rather, the fashion house was “an inclusive company” during its 70-year history under the direct control of the Gucci family, according to the statement, and there were several women in senior positions in the 1980s when the film is largely set.

The statement concluded by calling the film an insult. “Gucci is a family that lives to honour its ancestors’ work, and whose memory does not deserve to be disturbed in order to stage an untrue and unjust spectacle that does not do justice to its protagonists.”

Despite the fact that “members of the Gucci family reserve the right to take action to protect the name, image, and dignity of themselves and their loved ones,” no legal action appears to be in the works.

Patricia Gucci, Aldo’s only daughter, has previously accused Scott of “stealing a family’s identity for profit.” The director has dismissed such criticism, citing the Gucci family’s tumultuous past.

“You have to remember that one Gucci was murdered and another was imprisoned for tax evasion, so you can’t be talking to me about profit,” Scott said last week on BBC Radio 4’s Today programme. “As soon as you do that, you’re in the public domain.”

Reggiani, who was released from prison five years ago, has also expressed displeasure that those involved in the film did not consult with her.

Lady Gaga has stated that she felt this was unnecessary: “I only felt I could truly do this storey justice if I approached it with the eye of a curious woman interested in possessing a journalistic spirit so that I could read between the lines of what was happening in the film’s scenes,” she told Vogue. “That is, no one was going to tell me who Patrizia Gucci was.” No one, not even Patrizia Gucci.”