People across the globe celebrated Karwa Chauth with glory. Our social media feeds are filled with beautiful pictures, Though the Karwa Chauth celebrations were a bit subdued due to the ongoing pandemic and everyone has made sure to follow the protocols, the fervor remained the same as every year. On the evening of Karwa Chauth, Kareena Kapoor Khan was spotted as she had stepped out in the city. Just like always, Kareena had taken our breaths away in her sizzling yet comfortable maternity fashion. During her second pregnancy, Kareena has been flaunting her love for kaftans, giving major fashion goals to the expecting mothers. Kareena was snapped by the shutterbugs in an all-white kaftan, which she had paired with simple kohlapuris. 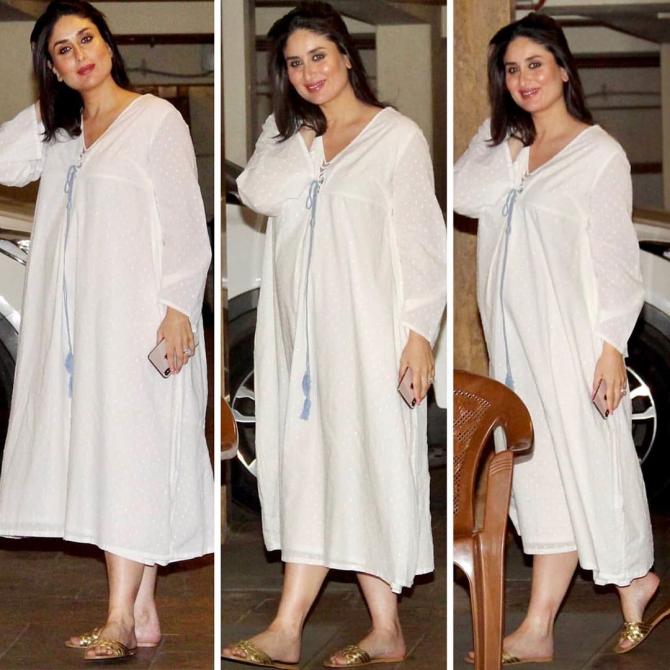 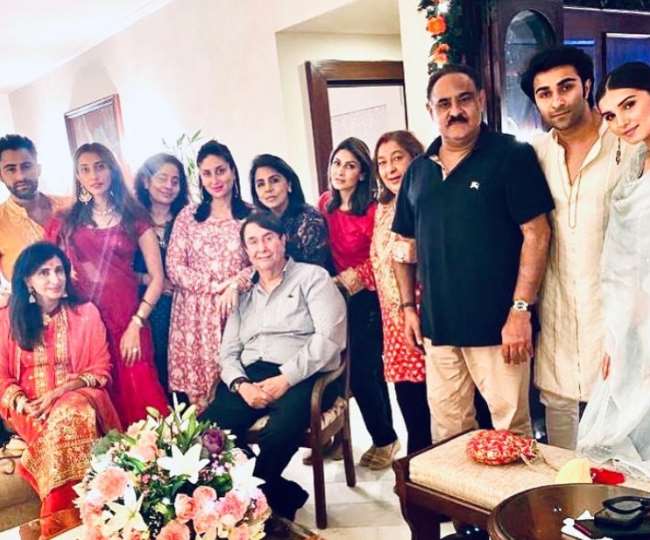 Pictures from the get-together have surfaced on the Internet and netizens are loving them. However, Kareena’s husband and actor Saif Ali Khan, sister Karisma Kapoor, and cousin Ranbir Kapoor were missing in the pictures.