Jonbeel Mela is one of the most attrractive and unique festival of Assam where barter system is still alive. Just 30 km from the state capital Guwahati Assam, it is a three day community fair held at the weekend of Magh bihu (Mid of january) at a historical place known as Dayan Belguri at Jonbeel. During this three days, people from the plains and the hills barter good according to their needs. The Jonbeel (Jon and beel are assamese terms of the Moonand a wetland respectively) it is so called because a large natural water body is shaped like a crescent moon. In this fair we can exchange our goods with those of the people from the plains, we broing spices, ginger, fruites to exchange them with rice, fsh, cakes(pithas), and other stuffs that we don’t grow in hills
Mainly, people from the hills of Jaintia (Meghalaya) and Karbi Anglong(Assam) come to barter goods in the mela. this fair is always held in the winter at jonbeel of jagir road where teh “Gobharaja” the king of the Tiwa tribe along with his courtiers come to collects taxes from his subjects. The mela stands fro harmony and brotherhood amongst the various tribes and the people of the hills and the plains. During the fair these fairs communities perform their traditional dances and organise cock fights, fish melas and wooden furniture bazar to attract customer from the plains. we take the taxes from them” said The King Of The Tiwa.

Money is literally no object during the three-day-long community fair at Jonbeel, near Guwahati, which brings thousands of people from the hills and plains of the North-east together for a barter fest once a year. Over the years the Jonbeel Mela has grown very big. It is not just confined to the Tiwas from the hills and the plains alone and every year the number of people from other tribes and communities are also increasing. We believe that this historic Jonbeel Mela is over 600 years old. 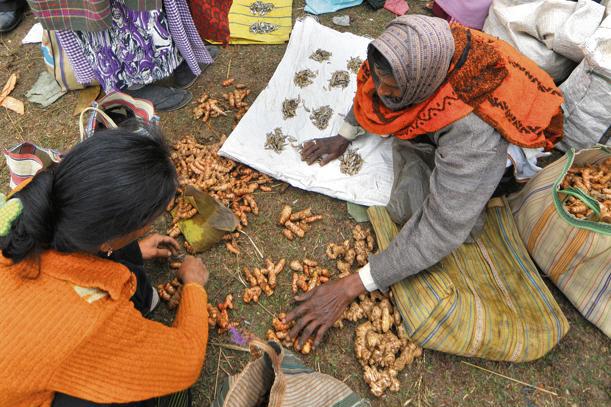 The Gova King had introduced this mela to foster unity among the people from the hills and the plains. Increasing participation of more and more people from different tribes and communities is a true reflection of this,” said Jursing Bordoloi, Secretary of the Jonbeel Mela Organising Committee.It is one event in Assam where tribals and non-tribals, hills dwellers and plains settlers will rub shoulders and enjoy the annual fair.