Tawang Monastery the heart of life and culture of the Monpas, it’s the second biggest and oldest monastery in asia. Tawang is a quaint town located on the corner of Arunachal Pradesh with Bhutan on its East, is a beautiful place that was historically part of Tibet and inhabited by Monpa people. Tawang is till date inhabited mostly by this tribe of people. 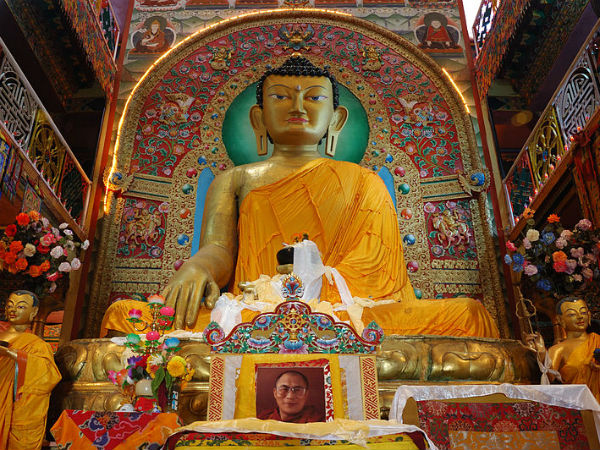 One of the most important place of attraction in this town is the Tawang Monastery. It is the social, cultural and spiritual focal point of the entire valley. Perched on a hill, about 10,000 ft above sea level, a narrow ridge on the north and gradual slope towards the east. In winter, it gets covered during snowfall, adding to its beauty. The majestic monastery can be entered from its northern side through the gate ‘Kakaling’, a hut-like structure with walls made of stone. The great Monastery is visible from everywhere in tawang. The monastery is also famous as the birth place of the 6th Dalai Lama. Outer walls of the monastery have some interesting paintings which denotes the cycle of life. The whole place seems so vibrant, red and golden colour. The monasteey also serve as schools for children where they learn the local language, English and Tibetan.

Nearest airport from Tawang is located in Tezpur (Salonibari Airport) at a distance of 387 km. The airport is directly connected to Kolkata and Guwahati through Air India flights. In October 2014, Government of Arunanchal Pradesh Government started helicopter facility to connect Tawang and Guwahati. The service is available twice a week.

Nearest international airport from Tawang is located in Guwahati (Lokpriya Gopinath Bordoloi International Airport), at a distance of 480 km. This airport is connected to major Indian cities like Delhi, Mumbai, Kolkata and International cities like Bangkok and Paro.