For PUBG Mobile fans, this year has been nothing short of a roller coaster ride as the game had its fair share of ups and downs. In early September, it was among the 118 apps that were banned by the Ministry of Electronics and Information Technology, which left the fans in dismay.

In compliance with the orders, PUBG Mobile terminated the services and user access to the game’s server from 30th October.

According to a report by AFK Gaming, an advertisement is currently being shot for the game’s return in India.

A source had told AFK Gaming that an advertisement featuring several prominent PUBG Mobile players is currently being shot for the game’s return in India. The source also added that a Bollywood actor would also be a part of this advertisement.

An inside source had told Sportskeeda that this advertisement would not feature Scout or Mortal.

The announcement of the game’s return could be expected by November 13th. With the report about the advertisement, these claims appear to grow stronger. A few days earlier, several prominent PUBG Mobile players hinted about a possible announcement around Diwali. 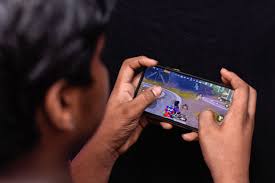 Recently, Krafton announced a deal with Microsoft Azure to safeguard the privacy and user data. As a part of this deal, the products of Krafton and its subsidiaries, including PUBG Mobile, will be using Azure’s service.